Christopher Marcum brings to his work the perspective of a native Tucsonan combined with years of experience at some of the nation’s foremost design firms.

“My favorite show was ‘This Old House’, and I started sketching floor plans when I was eight years old.  Every time my parents left the house, I would rearrange the furniture.  I would drag home furniture that I found in the alley, and we would eventually reupholster it.  My greatest joy was going to the furniture display warehouse at Sears.  That was my Heaven!  I just loved walking from vignette to vignette.”

A native of Tucson, Christopher began his career as makeup artist, working with various modeling agencies in Chicago.  But, he says, “I got much more excited about what was going on behind the models.” He began dabbling in set design and enrolled at Harrington College of Design. He was hired while in school by Design Collaboratives, headed by Tom Marquardt, a world-renowned designer and current president of the Society of British and International Design.  Mentored by Marquardt, Christopher explored commercial and installation design.

Christopher followed his husband to New York and earned a degree in Interior Architecture at the Fashion Institute of Technology, which consistently ranks among the foremost design and fashion schools in the nation. He graduated as Salutatorian of his class and worked for Studio Sofield and then Jed Johson, who received Interior Design Magazine’s Hall of Fame Award in 1996. His next gig was Amy Lau, who is currently one of the nation’s leading Mid-Century designers.

He returned briefly to makeup in 2014, working for Hector Simancas before being signed as an emerging artist by the Wall Group.

“I feel my years of work as a hair and makeup artist enhanced made me a better interior designer,’ says Christopher,” because it taught me to listen to my clients.”

When his husband was transferred to Belgium, Christopher signed on as a hair and makeup artist with Domique Modeling Agency in Brussels, working for Vogue, Harper’s Bazaar and Marie Claire, among others.

But he missed his family and the relaxed pace of life in Tucson, and in 2016, he moved back home to launch Christopher Marcum Design, specializing in Mid-Century Modern Design for the Southwest.

“I’m excited to see what Tucson becomes, and what I can become here.” 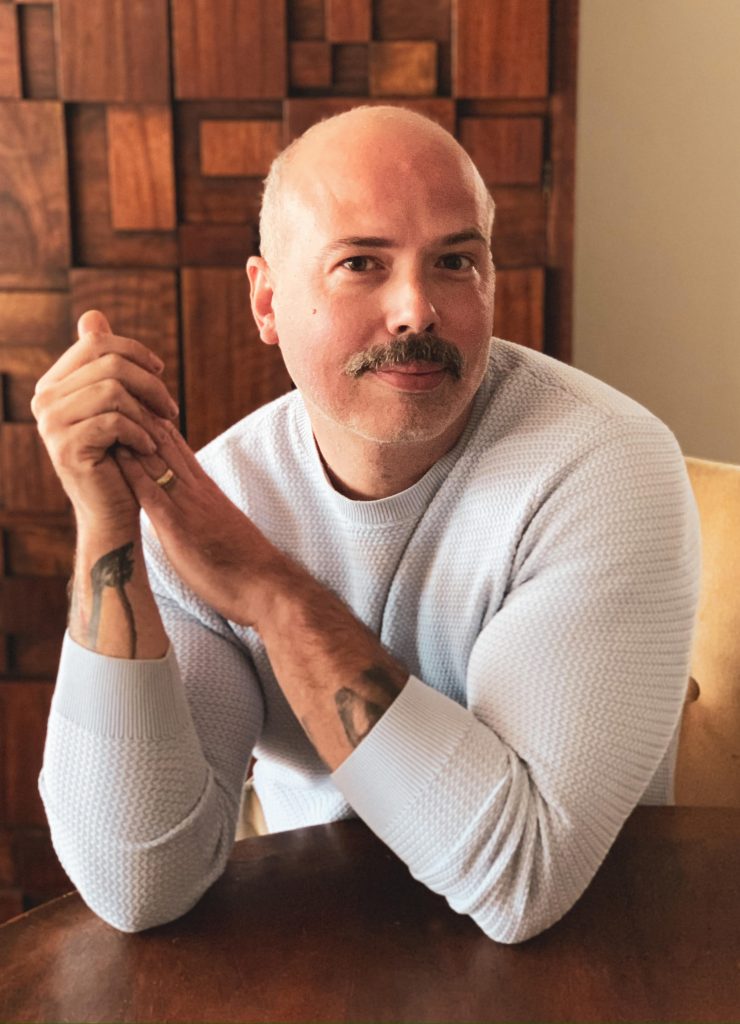 Christopher Marcum is an Allied Member of the American Society of Interior Designers.